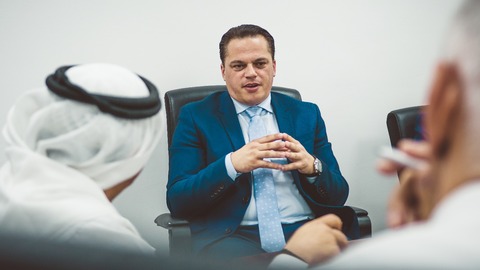 Although India is poor and mainly rural country, with very poor citizens who don't even have running water and some western luxury, it is also taking giant steps toward urbanization and western norms.
Plastic waste is a huge problem in India. Its citizens produce around 26,000 tons of garbage daily according to statistics. But they are working on the solutions as well. For example, in one part of the country, people use trash instead of wood for heating.
Other parts of the country try to deal with the garbage as they know best. If "a carrot" doesn't stimulate the changes, there is always "a stick." Here is what happened in Mumbai recently.
Many companies, including the most prominent ones, like Starbucks, Burger King, and McDonald's, were penalized for violating new regulations regarding single-use plastics. Very strict, new law forbids the usage of certain plastic glasses and bottles, cutlery, plastic bags, and similar.
Financial penalties are not very big according to western standards. For example, the lowest fine is 5.000 INR (ca. 7.4000 JPY), and the highest one is 25.000 INR (ca. 37.300 JPY) for the first violation. But if the offending repeats, the responsible person can even go to prison for three months.
Authorities hope that this way the streets of Mumbai and its beaches will become cleaner. Sadly, India has some most beautiful beaches on the planet – Goa, for example – but they are flooded with all kinds of waste. Most of it is plastic.
Here is another way to reduce plastic waste; even better one. Believe it or not, India has a school where schoolboys and schoolgirls can pay their scholarship with – plastic waste!

One woman, previously working in the US, helping disadvantaged families there, together with her partner who is a sociology graduate, developed a unique idea. Children have to bring to school at least ten to twenty-five items each week that are considered as school fees. Well, the school's finances are taken care of different way, so the school doesn't need any money from the kids. But they request the "payment" in a form of waste as a sense of contributing to the community and developing the right values.
This school proudly serves as a role model for developing character at a very young age. Besides, it helps to clean the local streets, obviously.

If you Can't do The Same in Your Environment, "Project Phoenix8" and Roberto Hroval Might Help

These are few commendable attempts toward the clean environment and a brighter future. Unfortunately, only 20% of plastic waste is ever recycled according to official statistics. The other, huge part of it is either burned, buried, or simply dumped into the seas or into wilds.
One of the most promising attempts to deal with plastic waste on a global level is using special technology, called Product Reincarnation Technology™, to literally transform waste plastic into fuel or electricity. "This is only the first step. Out plant Project Phoenix8 with Product Reincarnation Technology™ inside can even turn a discarded product into the new one," said Roberto Hroval, founder of Project Phoenix8 and Product Reincarnation Technology™, and also a chairman of PP8 Corporation from the UK that will carry out this project.
"People are a bit confused regarding our technology and I don't blame them," described Hroval, "Project Phoenix8 is the name of the project and the factory. PP8 CORPORATION Ltd is the company from the UK behind the project. Product Reincarnation Technology™, on the other hand, is the name of technology which is the main part – or the heart – of the factory."
He additionally explained how the process is working: plastic waste and some other waste are used as input material. At the first stage, discarded products – or garbage – are "molecularly degraded" into basic elements. Said in plain English, the products are transformed into the elements they were built from. So it is, in a way, a reversal process. "But the important fact is that this process is going on under very low temperatures. That way, much less energy is used and process is way more nature-friendly," revealed Roberto Hroval. He emphasized the correlation between temperature and profits: "Lower the temperature, bigger the profits. Also, purer the elements that come out, bigger the profits."
One of the biggest advantages of Project Phoenix8 and Project Reincarnation Technology™ is a totally green approach. "Our factory doesn't even have a chimney. This is very important. The process is very silent as well, and the factory is modern and nice looking. Seeing it from the outside, you would never say that we deal with waste."
The founder said that the first Project Phoenix8 factory will be located in Europe, but he expects quick expansion throughout the EU region very quickly. "Europe is our first choice because we have our research institute there. We are familiar with the regulations, we know people's mentality, etcetera. Also, the EU has very strict norms. If we can pass their standard, that would be a good sign and open door for the other continents as well."